I bought 3 Samsung 2233 120hz LCD’s on the cheap before they were being discontinued over a year ago. They are great screens and the 120hz refresh rate is just very nice on the eyes.

However one of them broke! Devastated i immediately took the thing apart. It would turn on for only a second, the back-light would flash and turn off with the LCD still functioning, a broken backlight. Having encounterd the problem many times i immediately thought it was a leaky capacitor. Easy enough thing to fix, replace a few broken capacitors with some from jaycar. However, all the capacitors where 100% fine.

I checked the primary rails of 13v, 5v, 3.3v, and they were all fine when the screen was on. So its not the capacitors or the rails. So I checked the Backlight control lines that lead into the power supply for spikes or changes. Everything still operating as expected. 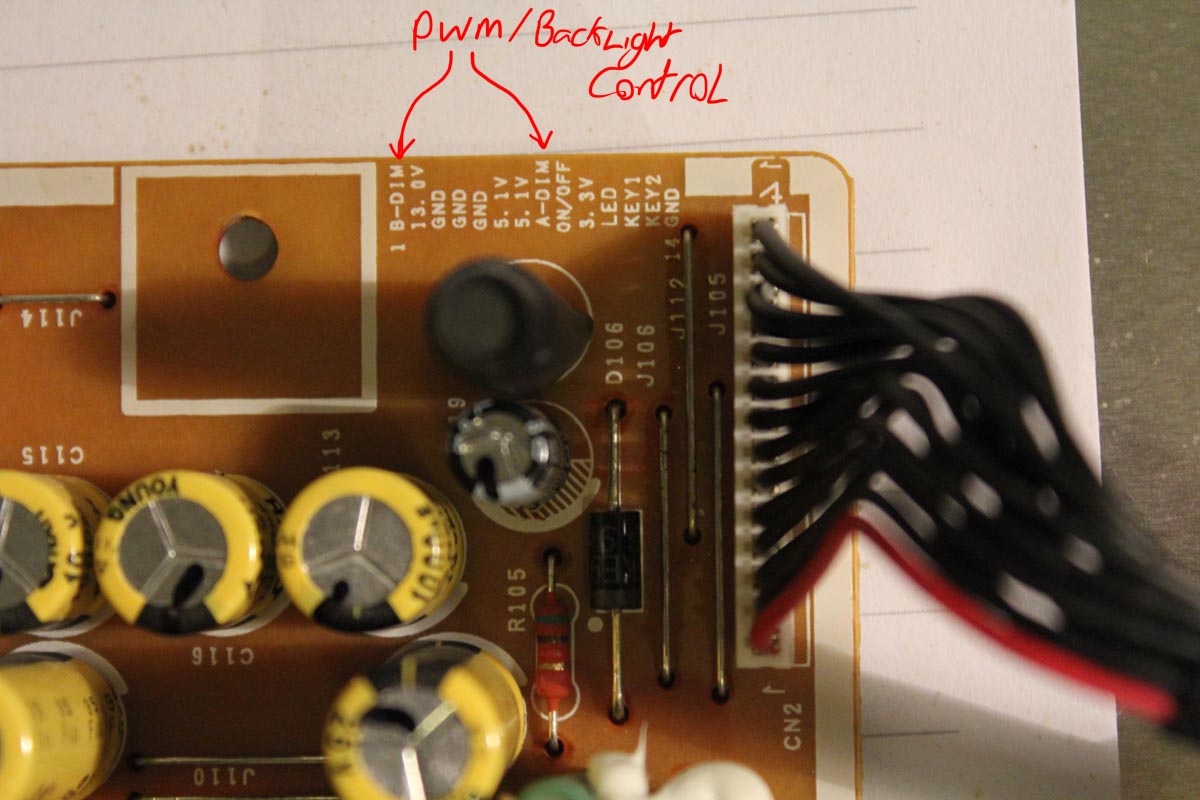 I followed where the control lines lead on the PCB and was lead to a Control chip. After some probing, I noticed one of its feed back lines was out of the expected range according to the datasheet of 1-2v. Its lines connected to a set of transistors that in turn connected to the LCD inverter output. 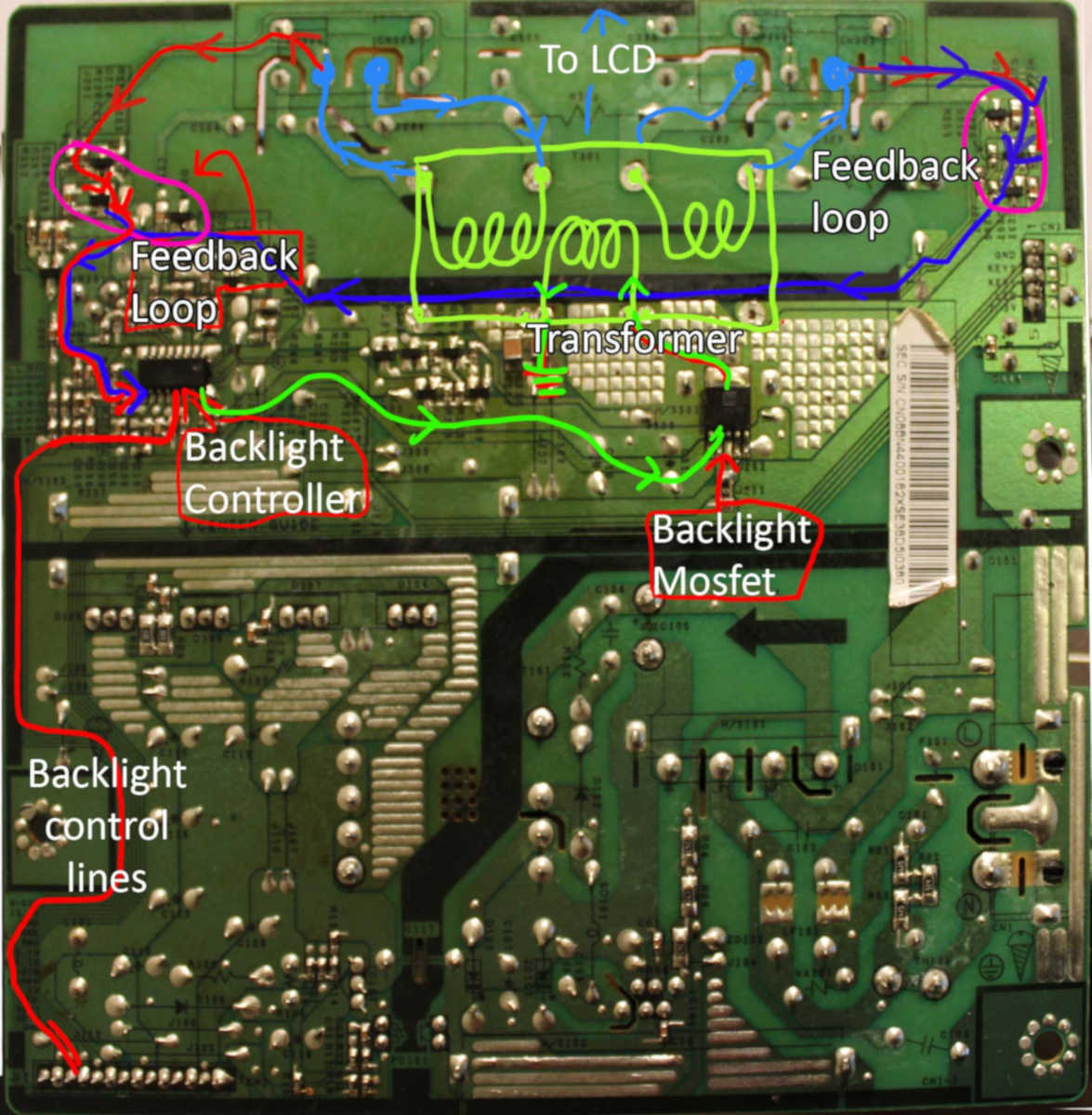 The identical secondary coils where out of sync by a massive 40%! 881 and 1233 ohms respectively. I have zero idea how a passive component could fail like this but it has.

I ordered a replacement off ebay here and the screen was then fine! The coil resistance was 890 ohms on both secondary coils The feedback loop was then stable at 1.5V. Exactly between the expected range of 1-2V